Benefits of magnesium for endometriosis

Benefits of magnesium for endometriosis

Magnesium is the fourth most abundant mineral in the human body (after calcium, potassium and sodium) and the second most intracellular mineral. That is, inside the regular cells of muscles, bones, and soft tissues (rather than serum and red blood cells).1 Because of its abundance in the body, magnesium plays a role in over 300 biochemical processes—from energy production, blood pressure regulation, and DNA and protein synthesis, to insulin metabolism, muscle contraction, nerve conduction, and normal heart rhythm.2 Its so important for the functioning of your body, as well as your well-being, that entire books have been written about it. But are there any benefits of magnesium for endometriosis and/or adenomyosis?

Magnesium deficiency is considered widespread. One study found that almost half of the US population “consumed less than the required amount of magnesium.”3 Another “found that 10 out of 11 apparently healthy women were magnesium-deficient,”4 and Goldsmith et. al5 found that magnesium concentrations are already significantly lower in “normal” (i.e. non-contraceptive taking) women during ovulation, but become even more so in women who do take contraceptives.

But if magnesium is the seventh most abundant element in the Earth’s crust, why are so many deficient in it? One reason may be the loss of magnesium, along with other minerals, in the soils of today’s large-scale crops—another reason why to eat organic. Also, the Standard American Diet is high in refined and processed foods, which contain little nutrients. Even soft drinks, high in phosphorus, can effect the body’s ability to use magnesium.4 6

Other causes of magnesium deficiency include alcohol consumption, some medications such as proton pump inhibitors, supplementing with calcium or over supplementing with Vitamin D, and certain diseases such as kidney failure, metabolic syndrome, and type 1 and type 2 diabetes.

You are also at risk of magnesium deficiency if you eat a gluten-free diet (which I recommend for women with endo), since wheat is fairly high in magnesium and those who do eat wheat, eat it on a regular basis. Similarly, if you’re on a low FODMAPs diet (which some endo ladies with gut issues are), you might be decreasing your magnesium intake as well.6 But don’t worry, there are plenty of other foods that contain magnesium (see below).

Magnesium deficiency is often overlooked by most doctors, because its symptoms are not overt (called “subclinical”), the way scurvy from severe lack of Vitamin C is, or goiter from iodine deficiency. So it isn’t easy to just give a list of symptoms of magnesium deficiency.

What About Benefits of Magnesium for Endometriosis?

The reason why its related to so many chronic diseases is because magnesium deficiency elicits an inflammatory response.3 10 And inflammation is at the heart of what’s going on in endometriosis, too. I talk about this both in my post on The Link Between Endometriosis and Stress, as well as Is Endometriosis an Autoimmune Disease?

But in a meta-analysis by Simental-Mendia et al.25 magnesium was found to reduce C-reactive protein (a marker of inflammation) in people with inflammatory conditions.

While some people who don’t have it, have unfairly likened endometriosis to “just bad PMS,” it is interesting to note that premenstrual syndrome has also been associated with magnesium deficiency.26 27 And supplementing with magnesium was shown to significantly ease premenstrual syndrome—specifically water retention and pain,28 29 30 as well as anxiety (even more so if taken with vitamin B6).31 32

So while we all know that endo is worse than PMS, if magnesium can help PMS, couldn’t it also help endo? Indeed, magnesium deficiency has also been associated with endometriosis, which is thought to be a probable cause of the gastrointestinal disorders, food intolerances and allergies that many endo women experience.33 And supplementing with magnesium has been shown to be effective in women with dysmenorrhea,34 35 a common symptom of endometriosis.

Finally, Vascular Endothelial Growth Factor (VEGF) is a protein found to be elevated in gynecological diseases such as endometriosis, as well as ovarian and endometrial cancers, and it’s been suggested as a biomarker of these diseases. But Hoşgörler et al.,36 found that VEGF decreases in uterine tissue in rats, after magnesium use. They state that magnesium “may protect the uterine tissue” from endometriosis and cancer.

Because magnesium is a muscle relaxant, it can not only help with stress, anxiety and easing pain, as well as insomnia, it can also stabilize moods, even preventing depression—all benefits for women with endometriosis and/or adenomyosis.

Magnesium can also help enzyme activity and stomach acid production, improving digestion, which is helpful for women with endometriosis, who, as already mentioned, often experience “debilitating gastrointestinal symptoms.”37 And magnesium also helps the bowels move—especially important if you’re trying to move estrogen out of your system.

In short the benefits of magnesium for endometriosis, specifically, include:

Ideally, as with all nutrients, its best if we can get magnesium from whole food sources, because the body assimilates them better that way. The best sources of magnesium that fit the endometriosis diet include nuts (especially almonds) and seeds, as well as avocados, bananas, dark chocolate 😋, green, leafy vegetables (such as spinach), sweet potatoes and prunes (hence the reason old people love to drink its juice!). Of course, it would be best that these food sources are organic and grown in nutrient-rich soils.

Seafood, such as salmon, shrimp, halibut and mackerel also contain magnesium, as do beef and chicken. Check out this list for more whole foods high in magnesium, or see where your favorite foods fall on this more comprehensive list by the USDA.

But if you have a compromised gut, have malabsorption issues, and/or are magnesium deficient (as most of us with endo are), you may also want to supplement with magnesium. There all kinds of magnesium formulations out there, but the general consensus is that the two best are magnesium glycinate and magnesium citrate.

Magnesium glycinate contains glycine, which, according to Dr. Axe, “is known for having calming qualities,” enhancing the already-calming effects of magnesium. Because it is chelated, it’s considered one of the most effective types of magnesium, able to be absorbed through the intestinal wall. It’s also more easily tolerated, so it doesn’t usually cause loose stools.

On the other hand, if you are someone who struggles with constipation, magnesium citrate is another good, option, and its still more soluble and bioavailable than magnesium oxide38—the least preferred of most of the magnesium formulations.

How Much Magnesium Should I Take?

Its generally recommended that you supplement with at least 300 – 420 mg of magnesium per day. However, some believe this is a lower threshold and recommend taking doses as high as 400-500 mg, especially for anxiety and sleeplessness.40 Others even propose up to 600 mg per day, especially if you aren’t getting enough from food sources, or you’re just starting magnesium supplementation. In fact, investigations of macro- and micro-nutrients in Paleolithic nutrition of former hunter/gatherer societies “showed a magnesium uptake with the usual diet of about 600 mg” of magnesium per day. “Much higher than today.”4

Is it Possible to Get Too Much Magnesium?

Because the kidneys are able to excrete nearly 100% of magnesium, hypermagnesemia (too much magnesium in the body) is uncommon and usually only occurs in people with renal insufficiency or poor kidney function. Or, of course, taking excessive doses of it.41

However, as with all supplements, monitor your symptoms for any changes, after adding it to your routine. If you experience diarrhea, cramping or other digestive distress, you may be taking too much.

Excessive amounts of magnesium could cause vomiting, neurological impairment (confusion), hypotension (abnormally low blood pressure), flushing, headache, heart problems/irregular heartbeat, difficulty breathing, and even shock.42 But again, these are rare symptoms, and unless you have kidney disease or super low blood pressure, magnesium should be safe for you.*

With all the benefits magnesium has to offer, and the likelihood that you’re among the many others who are magnesium deficient, I recommend you start sooner than later. You may be surprised by how much better you feel with more magnesium in your life.

note: I use affiliate links on this page, but any income generated by them supports The Alliance for Natural Health and the Women in Balance Institute.

* There is also some mention that hypermagnesemia could be caused by hypothyroidism, but I only found two articles in PubMed that mention this, and they were both Japanese (which I don’t speak!). So if anyone reading this knows more about this association, please make a comment below. Although I was originally diagnosed with Graves’ disease (hyperthyroidism), after the doctor irradiated my thyroid, I became permanently hypothyroid. But I have always needed to supplement with magnesium, so for me there is no connection. I wonder if it could do with certain medications taken for hypothyroidism? Compounded, without fillers, is the best thyroid replacement, in case you’re wondering. ↩ 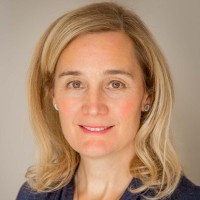 I knew there had to be another way